Hiding Places, Blockbuster Video, Sexcations and Should I buy an RV?

Police in St. Petersburg, Florida arrested a homeless fellow who had been living in a luxury suite in Al Lang Stadium. He was apparently wearing Tampa Bay Rowdies clothing swiped from the merch shop and ate from the concession stands during his two-week stay. He’s now in jail on charges of burglary and “resisting an officer without violence.” From the Tampa Bay Times:

Hats off to you  Mr. Homeless Florida Luxury Suite man, but this isn’t all that unusual.

Who doesn’t enjoy wandering, or getting lost in IKEA? It seems that people keep staying at IKEA, staying overnight, like a sleepover. For example, a 12-year-old boy who got into a fight with his mom over math homework. So he decided to run away. Where did he go? IKEA. He managed to hold out for six days before anyone noticed he wasn’t one of the other hundred children left to roam free as their parents had a quiet fight over what to buy.

Here’s my hideaway story. My first real job out of High School, thanks Dad, was at Gould Computers in the documentation department. It was 1982, computers were still in their infancy and we were paper-dependent. We actually had a designated lady to operate the copier. Our warehouse was shelves and shelves holding with boxes and boxes filled with manuals. This was jeans and polo shirt environment, the warehouse was dusty and hot and not well organized.

My supervisor, Tad, was maybe a year older than I was and he had a habit of taking long breaks and an even longer lunch hour. The warehouse was huge so it wasn’t unusual that the trip to the back of the building could take 15 or 20 minutes by the time you found the right boxes, loaded it on a hand truck, and came back upfront. Every time my Tad would reappear he’d be wheeling a hand truck coming from the back of the building.

Eventually, our boss, Barbara,  noticed the longer breaks followed by his appearance with the hand truck and boxes. One day she stopped Tad and opened one the boxes on his hand truck and they were manuals for equipment we stopped making years ago.

Barbara went into full Murder She Wrote mode barargingTad with questions. Tad being maybe 19 and not wise to the ways of the world instantly took Barabara to the back of the warehouse where all the old manuals from the equipment we no longer made were stored.

Tad was well ahead of his time had fashioned his own Man Cave out of the boxes of manuals. It was positioned so it looked like stacked boxes from the front, but if you walked around to the back of the stack and squeezed between the boxes, you would find the Man Cave. There was an old office chair, a clock radio, magazines, snacks from the snack machine, and an old packing quilt folded up into a makeshift bed.

Not sure how long Tad had this ruse going or if he had invited any lady friends to visit, hence the packing quilt, but he immediately achieved legend status. Not sure if he got written up over this, but we all felt he should’ve been promoted. Are you familiar with Bend, Oregon, any chance you’re heading that way? If so you can have a sleepover in the last Blockbuster around. From the website Uncrate.

Manager Sandi Harding has been keeping ’90s dreams alive since 2004 by maintaining the very last Blockbuster. This September, she’s doubling down on the nostalgia with a sleepover inside the store. Deschutes County residents will have the chance to relive their childhoods and spend the night browsing the shelves stocked with new releases from the 1990s. Guests can head to the pull-out couch or plop down on a bean bag and settle in for the ultimate movie marathon — Nerds and popcorn included.

This is posted on AirBNB but I can’t find any available dates for booking.

In the late ’80s, early 90’s Friday night at Blockbuster was the place. Rows and rows of VHS tapes. You could even rent a VCR. There was no video-on-demand, you’d get on a waiting list for the latest releases.

In the ‘80’s I lived in South Florida and built custom furniture. One of our clients was Wayne Huizenga founder of Waste Management, yes garbage removal. Huizenga was the creator and initial owner of the Florida Marlins and The Florida Panthers. At one point, he was the partial owner of the Miami Dolphins. 1996 he formed AutoNation, which became the nation’s largest automotive dealer. In 1987 he acquired a handful of Blockbuster stores.

So here’s the story from home as I heard it. Huizenga has a son Wayne Jr. who in the mid-80’s opened a yogurt store. These were all the rage in South Florida at the time. Wayne Sr. being the visionary encouraged Wayne Jr. to include VHS tape rentals in his yogurt store. The reason….. someone comes in for yogurt and they leave with a VHS rental. They return the VHS tape and hopefully leave with another yogurt. In the early 90’s Wayne Jr purchased 34 TCBY here in Orlando, so something must’ve worked. Like I said, that’s how I heard it. We’ve talked about this before: With the Florida Resident Disney Magic Flex Ticket, Floridians can visit Disney World for as low as $49 a day when purchasing a 4-day ticket for $195 plus tax. The 4-day ticket allows park-goers to visit one park a day between July 22 and Nov. 20 as well as Nov. 29 and Dec. 18.

We’ve talked about Hotel Sex in multiple episodes, Here’s a refresher – Hotel Sex – The hope, normally by the male, that the evening away from the kids in a strange room will entice his partner into strange kinky sex acts that he accidentally stumbled across on the interwebs. A less than 50% chance of it ending up the way he had envisioned it to.

However, the possible saving grace with this is the fact that this is being advertised as a Sexcation, complete with a Sexy Mama Box.  As they say in Dumb and Dumber- So you’re saying there’s a chance.

Are you still missing the office? Your fellow Cubicle Jockeys….. How about the actual sounds of the office……If so listen to this…….

There are endless YouTube that loop office sounds. I even found one that went 10 hours, well beyond most of our workdays. It turns out that sounds like this fall into ASMR. ASMR (autonomous sensory meridian response) Also known as “brain massage,” it’s triggered by placid sights and sounds such as whispers, accents, and crackles. 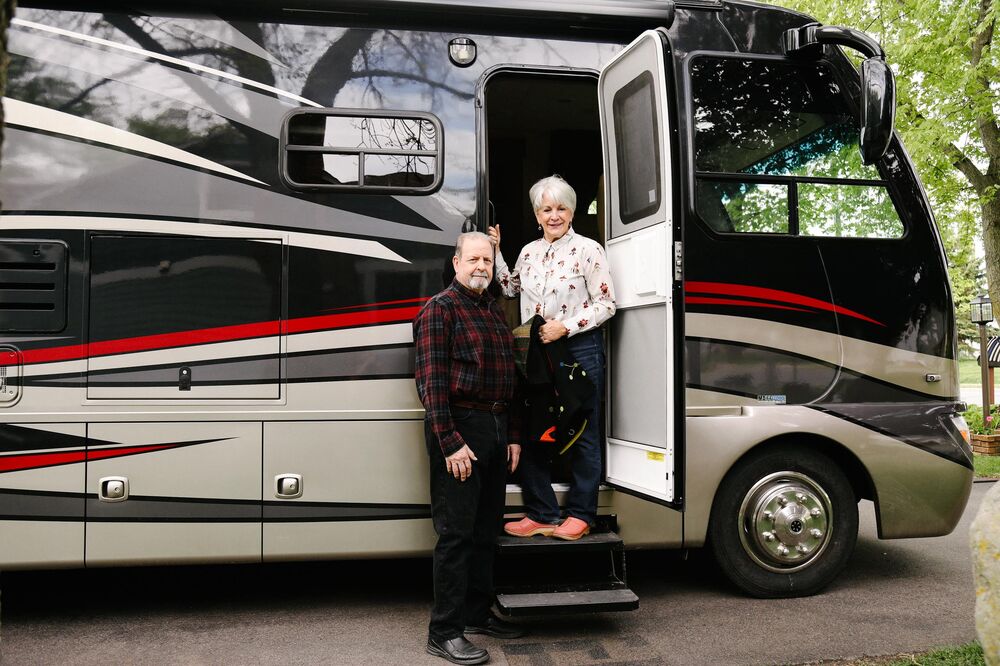 How About An RV, Yeah how about an RV?

As I’ve said in past episodes I’ve been watching more traditional TV and one of the rabbit holes I’ve been down is RV shows.

Things have evolved since Uncle Bob rolled in with his Thor Industries 1972 two-tone beige land yacht.

We’ve had some loose discussions about heading down the RV road. I’ve done a deep dive and it’s not in our foreseeable future.

Here’s my personal take on RV’s – Pretend you hit a scratch-off ticket for $250,000 this should cover most RV’s for a typical family, what are you part of the Duggar clan?

What are the costs?

Around here storage is $50.00 per month, and monthly storage is also the reason we don’t own a boat. If we lived in Chateau de Lake House we’d have both an RV and a boat sitting in the water.

As we dip our toe into the RV water our plan is to get on a plane, someday, and fly to say the Grand Canyon arear hit up 1-800-RV-RENTAL and head out for a few days.

Does this rental plan save us some cash? Hmmm, Let’s consider a Class C RV. That’s the type built on an automotive frame with a cab resembling a truck or van. Right off the bat, I’ll save at least $60k since I’m not buying it.

If I bought a Class C for $60k at the end of 10 years I’d have a 10-year-old RV plus all the storage and maintenance costs. I know you can rent your RV when you’re not using it, I’ve got a couple of friends that do that so that’s always something to look into. If I rent each I’ll end up with a relatively new RV each year and pays none of the storage or maintenance costs.

We still need to take an inaugural trip to see if we consider this a viable vacation option.