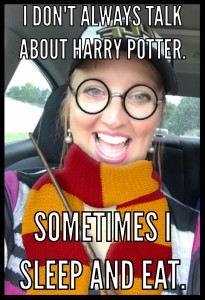 Look. Some people have really cool hobbies. Some people have REALLY cool ass fly hobbies. Not every hobby is my thing, but that’s totally respectable. I’m cool with that. I have a hobby that will blow your mind. It consumes my days and then when those days are over, my 9th life is spent thinking about it even more.

My name is Tara and I have a Mod Podge addiction.

Yes, I said it. I know the instant you read that, a wave of unshakeable jealousy washed right over your green, puny body. You should be jealous. I have the kind of affliction that hoards of people would kill for. So, if you have it in you, I’m happy to share some of my secrets.

First, many times, I use things that are lying around my house. I have a bunch of old canvases that are easy to re-purpose. New purpose: Mod Podge. See, here’s an old canvas that one of my daughters grew weary of finishing. Just paint right over it and VOILA! A new thang to Mod Podge. My twins were involved in a photo shoot a few years back (Thanks to my girl, Kim Hays – SHOUT OUT) and I never framed their professional photos from the shoot that was the most amazing experience ever to have happened in my short, spring chicken type of life. I did arrange a few pictures in a nice frame to feature both of the kids, but my daughter wanted something for just her.  My son – He didn’t give a jack crap. So, I grabbed an old canvas that I had laying around, and went to town. I had to mount each picture on scrapbook paper so that they wouldn’t clash with the background. It matched so nicely with the outfit my daughter was wearing, so I wanted to do what I had to to keep the integrity of the old canvas. To prevent bubbling, I have to manipulate things a bit. If it’s going to have an issue, the wrinkling will happen the day after it has dried. I will paint another light layer of Mod Podge, let it dry, and then on my problem areas, I will mount with heavy objects to press down and hopefully alleviate the wrinkles. The next day, they’re usually better, and I will add another layer until the process is complete. Sometimes it’s tedious and seems like the wrinkles will never go away, but unlike my face, I can’t have my tattered, weathered picture puckering. My mother in law gave me these cross-stitch oval hookie thingies. She figured that she knows me well enough to know that I would do something idiotic and put these suckers to good use. She was right! I had been wanting to decorate my office in a Harry Potter theme. Speaking of random nonsense, every now and again my kids alert me to a pretty sweet Snapchat filter. That’s the only thing that this has to do with this blog. But, it made my heart palpitate when I discovered it. Here’s the first of the cross-stitch circles that I made, with only using a printed internet photo, cutting it to fit and adding Mod Podge to the top. That’s it and it looked pretty cool on my office wall, where I was trying to go for the whole Hogwarts ambience.

Really, a Hogwarts office isn’t complete without the fat lady asking for the password. I haven’t created a password yet, because true to my personality, it wouldn’t be prudent to have all the little kiddos try and utter something crazy and inappropriate, so I just say “I don’t know, why don’t you make one up!” While snickering and snorting incessantly like a moronic 11 year old. It just seemed like my wall wouldn’t be complete without this guy. This is what it’s all about. Pride and respect. It was getting to the point where I was creating a decent stash of memorabilia, and I wasn’t sure if I was going to walk in to work the next day and get Baker Acted. Since I had so many extra canvases, I wanted to feature some of my favorite sayings. There’s nothing else I can say about this, other than in my real life, I usually substitute the word “Muggles” with “Assnuts.” Because this canvas was a little odd shaped, I decided that I really wanted to make some directional arrows. I didn’t want them to be cheesy, and I really needed them to have points, so I wasn’t sure how I was going to make that work. I found some sweet scrapbook paper at Michael’s, and the perfect font that I printed it on. I cut the pointed edges out, even though the canvas was rectangular, and although it isn’t flush to the canvas, it still looks pretty cool. Maybe you wouldn’t think so, but then I probably wouldn’t invite you to my office if you’re going to have that crappy attitude. Not much to say about these 2, other than how could you pretend like you were decorating a Harry Potter office and not include these amazing printouts? Print , Mod Podge, done.

Oh! This one is my favorite. It was also a huge pain in my ass. I literally used pages from the first Harry Potter book that my daughter destroyed a few years ago and placed them all strategically, featuring some of the really pertinent events, printed out the top saying, Mod Podged that sucker, and the rest is history.  Wrinkling was a nightmare, and I had to add many, upon many layers of Mod Podge, but the end result turned out pretty cool. I have had people ask me if I could make some and sell them. Yeah, sure – when I have half a minute and figure out how to ship this BS. I’ll sell them. M’Kay. I had one more huge canvas that I needed to re-purpose. There were 4 more favorite scenes/publications that I really wanted to feature, so I decided to divide the canvas into quarters. I found some really BOSS washi tape at Michael’s that looked SO Harry Potterish, and I slapped the printed photos down and Mod Podged those bitches. Here’s my wall at work. Even in all of its incongruent, conflicted glory, I still love the hell out of this crap. It makes me feel all fuzzy inside, and that’s like a blue moon, epiphany type of situation.

Me and some of my peeps went to a paint night and although I hated it at first, I came home and fixed it (A LOT) and it’s kind of growing on me now. Everyone in the class painted sunflowers, but true to my standoffish and unapproachable personality, I deemed it necessary to change said flower to my personal favorite wedding flower, and called it a day. But, the poor girl who worked there had to help me shade my Calla Lillies and that shit wasn’t as easy as I thought it would be I had to take it out a few times once I got home and fix some shit pile messes, but eventually I became sort of happy with it, slapped on some Mod Podge and grabbed a Pumpkin Beer. Oh, and although I think Justin Beiber is a huge douche rag tool, I do love me some Despacito and so I decided to change up the phrase of the night as well. You got me feeling some kind of way. You make me want to savor every moment. Slowly. Henceforth, in my essay featured above, I do already know that you probably learned nothing from this. It does me good to tap out some blogs, so I do appreciate your loyalty.  If you ever want to slather some Mod Podge on a fun, crafty project, just hit a sister up. Wands up and peace out.