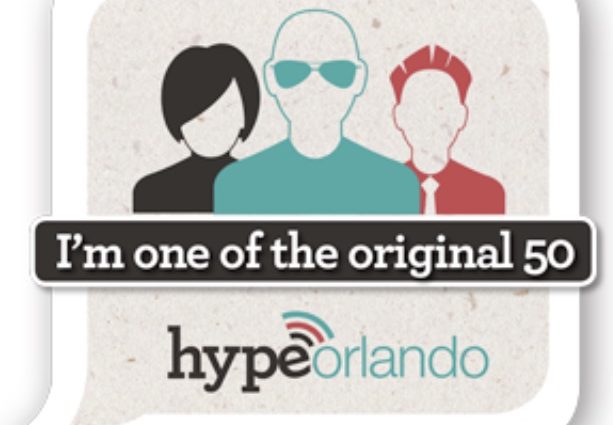 It is with an extremely heavy heart that I announce the impending passing of my beloved blog platform: hypeorlando. Serious sad sniff.

I’ll never forget the day that I saw this new company advertised, asking for potential bloggers to pitch their material. Never, ever, in a pigs fly across the moon holding zombies in their tusks during the apocalypse and simultaneous total eclipse, moment did I ever think that my blog pitch would have gotten accepted. I knew that I wanted to blog, so I went ahead and sent in a response. When I got the “congratulations!” e-mail, I felt a sense of ecstatic panic. Yes, that is a THING! In my world, that’s a thing. Now I’m going to have to come up with regular blog postings and I can’t think of a darn (in my mind, I said a much worse word) thing to write about.

Somehow, I came up with my first post. Then, another and then another. The ideas started to flow, although there were times when writer’s block got the best of me. Then, our wonderful community manager would announce contests with writing prompts, incentives, weekly newsletters and stats, and incentives like our own blog platform and maintenance, marketing galore, and around the clock assistance.

I started with hypeorlando in 2014, as one of the original 50. It’s never been like me to stick with anything long term, so I am hella proud of this situation. I am an original. Hot damn. My first blogs started out boring and seedy, then with direction of my mentor and editor, Kim Grimes Hays, she helped me perfect my logo and also guided the bloggers to be the best versions of themselves. She had faith in someone who didn’t even know how to add a photo in WordPress.

I made the Orlando Sentinel home page a few of these times, and there’s nothing that made me feel more successful EVER as a writer. It is the validation that I had always hoped for. What is my blog about, you might ask? Hell, I don’t know. It’s about anything and everything that my soul cries out for: Sarcasm, coffee, vino, awkward, introverted encounters, any lame attempt at a Harry Potter reference, long lists of things that I suck at – actually it’s shorter to blog about the things I don’t suck at, like random observations, made-up pop culture, and sometimes a fish eulogy.

I really hope my 3 followers are going to be able to pull themselves together after this trying time. I know I’m never going to be the same, and they’ll probably never know the difference. Hypeorlando gave a broke down, washed up sister the opportunity to use her voice in the only way that could have ever possibly worked. I knew I had some mild and inappropriately wacky things to say, but I just did not know who my audience was or how I would get my weird ass message out to the public. I still don’t think I have an audience, but at least it’s affording me some free therapy and making me feel like a hundred bucks at certain specific times in the evening after I’ve had a glass. What’s coming next? There will be a new platform to house this blog with the possibility of a wider scope and amazing opportunities to boot. Although I didn’t ask for this, and I was NOT READY WHATSOEVER, I have made peace with the change, and now realize there is great excitement on the horizon. I am SO beyond excited for where this road will lead. Hypeorlando will no longer exist on April 30th, so come May 1st, I know I am going to break the internet with frantic searches: “Where’s Running From Insanity?” “What’s SHE doing?” “Where else can I read dumbass stuff and feel good about myself?” So, when you see this mug, and you’ve had a few mugs of a little something something, hit a sister up. Online only, please – my introverted awkwardness is never going to change – I mean that in the nicest, I will seriously run from you way possible.

I’m not going to add my usual hyperlinks here below because hypeorlando is shutting down. It’s unlike when you get ghosted, because we did have notice, but it’s sooooo like when your 4-year long relationship with the most “rad dude on the planet” takes the opposite direction that you expected, even though you would sit at home and eat Twinkies and fast food and binge watch “Stranger Things” while he was waiting for your fluffy ass to show up at the gym. It just makes your head spin. So, it’s kind of like that, heavy on the Twinkies part. So, without further adieu, thank you Katie Parsons for your leadership and constant approval and assistance, your guidance and endless positivity – and thank you to hypeorlando and the Orlando Sentinel for the most amazing opportunity that I have ever encountered doing something that I love so much. I have become a better writer, have learned to cherish my blessings even more so, and have realized wholeheartedly that I am doing what I love.

“In order to rise from its own ashes, a phoenix must first burn.” – Octavia E. Butler.