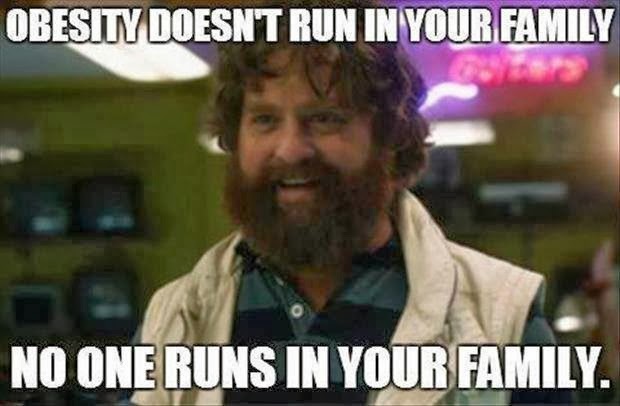 Oh, hey. So, my diet regularly consists of Red Bull and Salt and Vinegar chips where I lounge from my living room couch, and I dream about a fitter me, a me that used to actually be active, play sports, have  a gym membership and would USE it.  That’s what me and a 1992 Yugo have in common. We both worked out real hard about 25 years ago, for a minute. I’ve never fancied myself a workout buff, a walker, a runner or a getter upper. I’m an anti fitness buff. A Denise Not-stin. Not a hidden or yet-to-be-found Richard Simmons. You could literally describe me with all of the “un” words. Unhealthy, uncool, unorganized, unreal, unorthodox and completely unnecessarily uncouth. Oh, sometimes unreliable and most of the time, unforgiving. Unstructured…I could go on for days. It’s unbelievable.

So, my daughter had to do some weird  “pacer” test nonsense thing in her PE class. She could either do that, or sign up for and complete a 5k. I do not for the life of me get why my kid likes to run, but that elicits a whole set of other concerns. Let’s just say that my biological child decides that she would rather participate in a 5K, and guess whose gotta drive a sister…

Anyhoo – I found out all of these things after the fact. All I know is that I get a text from my husband saying “I signed you guys up for a 5K.”  Which, is the same thing as saying “Die, bitch.” I went weeks telling people that 4.29.17 was going to be the day that would be written on my tombstone. “RIP, fatty.” But, then I realized that I just need to own it and get that shit over with. What’s the worst that can happen? OY VEY. So, we get to the venue. Me, and my 2 beautiful, FIT daughters. Who look great in spandex, have long, flowing blonde hair, and are ready to roll and leave me in their cool, skinny person poof dust. In their Snap Chat, You Tube, Fidget Cube dust. Oh, wait – those are already a thing.

So, there I am in full make up, my newly purchased leggings (a for real first), my Target sneaks, and my lucky Kathy Griffin lid. We are lined up at the starting line, and I realize that I have lost my ever loving mind. What am I thinking? Where do I think I’m going? How much exactly do funerals cost? I tell my girls “Hey, I think Mommy’s going to wait for you over there on the sidewalk!” My girls both looked at me loud and clear. “Yeah, OK.” They didn’t flinch because they KNEW if I tried walking this bitch, I was gonna effing die.Then I reasoned with myself by agreeing that just by chance, if someone else started walking when the whistle blew, I would walk, too. Or, I would get trampled,  like a mosh pit or running of the bulls.

The whistle is blown and I hesitate hardcore, and look around to see the person in front of me begin walking. Whew. What a relief. Now I just bought myself 15 minutes until I experienced complete organ failure, sprinkled in with some hot Hades heat and body shock syndrome where my brain cells can’t comprehend my voluntary rapidly pumping heart rate.  I start off naively strong, then realize that there’s a long *($)#% way until the finish line and start to uber panic.. Way ahead of me, one of my daughters took off running (wtf, I’m doing a maternity test) and left the other, so I had to begin navigating my way towards her, while balancing the notion that I’ma probably either 1. Trip and die 2. Straight up organ failure 3. Severe leg cramp or knee buckle 5. An airborne syphilis attack 6. Complete heart failure – as in my heart would be like “Dayum, I woulda NEVER bet on this shit happening!” Although it was much quicker than my normal pace, according to the gait of everyone around me, I was walking super slow. The only thing that was in a race here was my heart, aside from my newly discovered sweat glands. I never gave myself a reason to sweat before. Sure, I’ve been to the beach, and I’ve stepped foot outside in this obliterating heat, but nothing like exercising outdoors on purpose.

I’m trying to not look at my watch, but I knew when the paramedics were called, someone was going to need to know the time. Thirteen minutes in. Gah! I can’t make it 14 minutes, much less 3 miles. I looked around while gasping, and I see way up ahead was a police officer who had set up station on the side street watching the crazy 5K-ers pass by, wondering to himself which one of these old fogies were going to bust their dentures first. I decided that he was not approachable enough, and kept on trucking. Granted, I didn’t have a concrete plan for this so called “trucking,” I just knew that I am working on borrowed time and that I probably just need to make it to the first water station and consider that a small victory. For someone so sedentary, this is quite the cause for celebration. But, my shit was scared. And tired. When you walk really slow, almost considered backwards, you can actually stop and take a selfie. I mean, when you’re doing something so completely surreal that no one else is bound to believe, sometimes a sister needs to document the validity of the situation. This is about the point where I start looking for a place to chill while I call for reinforcements. I start walking a little faster, because after all, my race has already ended. I get a text from my youngest daughter asking where I am. I tell her coming up to the second water station. She tells me that there is no way that is true, since she herself of 11 years old, had just passed the second water station. I did, though, and it was true. I look up and wait, and I see her walking towards me in the horizon. “How in the heck did you get here so fast?”  “Uh FAST?”

That was a relief. Having my child to walk along side me and possibly witness the moment where Mommy’s knee buckled into the black concrete of death. Thank goodness I’m not selfish. So, anyhoo – there are some very small ways that my kids favor me. I like to say that they mostly take after my husband, who has his shit together, is not altogether a damn nightmare, and doesn’t live his life spinning on a dime. But, every now and then, one of them will do something that sparks that nostalgic, fresh feeling of complete and utter pride. We are walking together, each with our phones out, neither of us giving any shits that we were literally participating in a momentous event, taking selfies, making inappropriate jokes, playing games, making blog notes, and walking as show as shit as we wanted. And we were not even close to being last!

Somehow, I think that saving our energy ad momentum during this crucial time actually saved my ass. I start feeling less loyal to the police officers planted around the event, and more of the opinion that they are not going to have to deal with my full body evac, because this sister was going to walk the shit out of this 5K, even though it was going to kill her. Oh, can I just add that at :24 in, my Target shoes were jacking my feet up so bad that I had to stop and get bandaids along the way. And then, suddenly before I could even plague myself with the negative thoughts, I saw that we were so close to the finish line.  I saw the school where this whole fiasco began, and I was confused because I was still alive. And I was finishing a 5K. We get to the school, and these silly tricksters were planted all around, about every 100 feet. “You’re doing great!” “You’re almost there!”  I knew we had taken a hot minute to finish this race. That didn’t stop me from asking “Did I win?” to every. single. person that I saw.  My daughter was dying of embarrassment, but her mom is a confident wielding race winner, and my cockiness wasn’t going to subside. I did get some really funny, sympathetic looks, though. Somehow in God’s creation, I made it to the end. It is just like this mess of a human being to say to her younger daughter “Hey, let’s run as soon as we get to the start of the finish line, let’s run like crazy.” Just so my oldest can witness my web of lies and think that we have been running this whole time. I look over and I can’t tell whether she thinks she’s just become orphaned, or so relieved that she can finally partake in the delicious food that has been provided for this wonderful and isolated occasion.  But, she’s looking a little quizzical. Then she zooms in and sees our dumbasses pretending to fake run, and realizes that she should have known better.

As soon as I traipsed off of the track, I was sidetracked by my fitness watch blinking and waving a white flag. “Your fitness goals have been achieved.” And, that’s how you do it. :57, bitches!  But, seriously, did I win?

While I’m thinking about it, please note that this edition of “I’m probably going to wake up soon from this exercised induced haze” has been sponsored by this extremely amazing book. I wholeheartedly do not know what I would do whilst I am riding the stationary bike and I didn’t have a good book in front of me to deter from the fact that I am a loathsome half wit. Yes, ever since the 5K that I may or may not have crushed (probably not) I have been doing some sort of exercise every day. Every day!  This book was delightful, intelligent, humorous, and spectacular. I absolutely enjoyed it and it was extremely well-written.

So, I have to thank my husband. Or, maybe my daughter’s gym teacher. Or the school who enacted the curriculum. Or, the universe for making a big bottomed sister get off the couch and throw caution to the wind.

Oh! Here’s the legit pic from after the race. Not pictured: fractured spleen, mammoth blisters on both feet, underarm funk, thigh sweat, swampy abdo region, and crispy, crackling knee joints. I didn’t die. I even managed a smile and a pose. What do you think the 206 stands for? I need 206 sips of wine now.