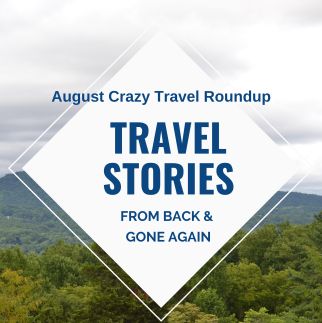 A Connecticut woman called 911 and told the operator she was locked in the luggage compartment of a moving bus. Police tracked the bus down, pulled it over, and found the woman inside. The woman said the driver, Wendy Helena Alberty (49), had intentionally locked her in the compartment while she was getting her luggage out.  Alberty was arrested on charges of unlawful restraint, reckless endangerment, and breach of peace. LINK

This past weekend a Ural Airlines Airbus A321 landed in a field after a double bird strike drawing comparisons to the ‘Miracle on the Hudson’ US Airways flight 1549 ten years earlier.

Captain ‘Sully’ Sullenberger became an American hero as the captain of that US Airways flight, and Tom Hanks played him wonderfully on the big screen. Now he’s being ‘honored’ in a different way.
Since one difference between the Ural Airlines flight and what happened to US Airways 1549 is that Captain Sullenberger’s plane went in the drink, the new Flights Restaurant at the shops at Planet Hollywood in Las Vegas has a Miracle on the Hudson cocktail complete with Airbus narrowbody, and I’m not even sure what to say other than that there’s no way anyone believes that the water in the Hudson is blue. LINK A young girl was passing through TSA security at Newark Airport when she discovered her bin used to scan personal items at the security checkpoint was occupied…by a snake.

According to the Transportation Security Administration officials at Newark Liberty International Airport, it appears the thin, black snake with a yellow ring around its neck was forgotten by a traveler Monday night. LINK

Snakes on a plane? Almost. Spirit Airlines passengers have a surprise bat passenger via CNN

(CNN) — The next time your airplane seat mate clips their nails or snores loudly, you can at least be grateful for one thing — they’re human.
Passengers on a recent Spirit Airlines flight from Charlotte, North Carolina, to Newark, New Jersey, did not have the same luxury.
Several passengers filmed cell phone videos of a mysterious animal — which they initially thought might be a bird, but ended up being a bat — flapping around the cabin. Passengers and flight attendants alike were clearly unnerved by the incident. LINK

Bats on a plane? Hell yeah.

Stop and smell the … knife?

A passenger flying through Seattle-Tacoma International Airport last month was stopped when a knife was found hiding in flower stems the traveler was trying to bring in their carry-on.The traveler was stopped during the routine screening of carry-on luggage on July 23, the Transportation Security Administration (TSA) shared.

The passenger will reportedly face a civil penalty for having a concealed weapon. LINK

A restraining order is just another way of saying, “I love you!”

GIBSONTON, Fla. (AP) — Authorities say a 56-year-old Florida man took his golf cart on a wild ride through a Walmart store, terrorizing shoppers and ignoring deputies’ orders to stop before crashing into a cash register.
Hillsborough County Sheriff’s investigators say they were summoned to the store near Tampa on Thursday, where they found Michael Dale Hudson blocking the liquor store entrance with his golf cart. The Tampa Bay Times reports he was demanding to speak to a manager. LINK