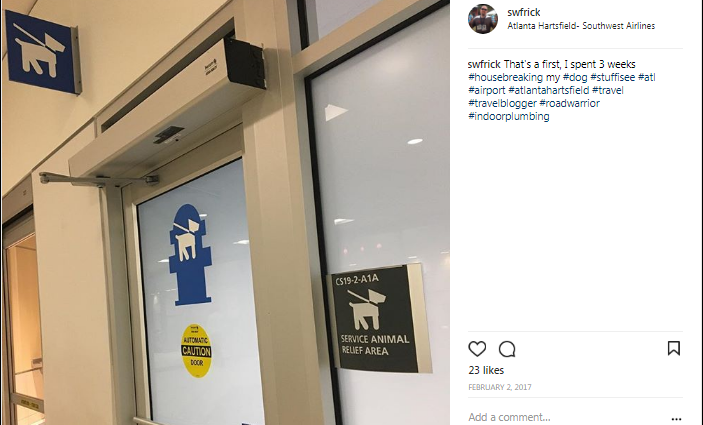 Delta Air Lines is taking steps to further protect its customers, employees and service and support animals by implementing advance documentation requirements for those animals. This comes as a result of a lack of regulation that has led to serious safety risks involving untrained animals in flight. The new requirements support Delta’s top priority of ensuring safety for its customers, employees and trained service and support animals, while supporting the rights of customers with legitimate needs, such as disabled veterans, to travel with trained animals.

Delta carries approximately 700 service or support animals daily — nearly 250,000 annually. Putting this into perspective, Delta carries more than 180 million passengers annually. Customers have attempted to fly with comfort turkeys, gliding possums known as sugar gliders, snakes, spiders and more. Ignoring the true intent of existing rules governing the transport of service and support animals can be a disservice to customers who have real and documented needs. Delta has seen an 84 percent increase in reported animal incidents since 2016, including urination/defecation, biting and even a widely reported attack by a 70-pound dog. In 2017, Delta employees reported increased acts of aggression (barking, growling, lunging and biting) from service and support animals, behavior not typically seen in these animals when properly trained and working. LINK

If you’ve spent any time in airports or on planes, I’m sure you’ve seen someone with a service or support animal and questioned the validity of it. When I got married my soon to be brother-in-law couldn’t find anyone to babysit his dog while he attended the event. He found a website on the interwebs that, for a fee, produced a letter that allowed him to keep the dog in his hotel room for the weekend……….. no questions asked. I’m a dog lover, we have a “Meth Lab” currently residing at Chateau’ Relaxo. Jessie’s a great dog if you can tolerate her anxiousness, her barking at anyone and anything that passes by the window or her constantly following you every time you leave her sight. I guess we’re her support human. If I had lost any sense of reason and decided that I wanted her to travel with me I could easily head over to Amazon and purchase her a cool looking harness for $25.00. Have you ever seen anyone question a service animal?

Delta goes on the add:

Traveling with a trained service animal

Traveling with an emotional support animal or psychiatric service animal

The changes are fair. If you need an ESA (Emotional Support Animal) chance are you have all the documentation that Delta is asking for. Pets provide unconditional love. If you don’t believe me lock your pet and loved one in the trunk of your car after an hour open the trunk and see which one is glad to see you. Airports and airlines aware that people travel with all kinds of animals. Atlanta Hartsfield even offers an indoor relief area in the following locations T7, A10, B33, C19, D Centerpoint, E14 and F7.

While I’ve never had any issues with service or support animals I agree with what Delta is doing. Think about it, being on a plane with a turkey, pig, horse or dog that at 30,000′ decides it’s time to lose their mind. You have no place to go, it’s like being on a cruise ship where everybody gets sick.