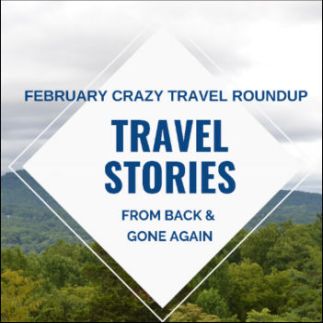 On February 8th I picked up a new car, and in less than a month I already have close to 4,200 miles on it. Two weeks ago my destination was Thomasville, GA. My last visit there was September 11th 2002. I remember the date because of the fact that my slumber was interrupted by the sounds of sirens. I opened the curtains to see the parking lot filled with firetrucks in a full on code 3 mode. My immediate thought…. Could this be a repeat of the year before? Turned out it wasn’t but I was awake without the aid of caffeine. Thomasville is a great representation of small-town America. It’s often referred to as the “City of Roses” complete with an annual celebration. The downtown area is an eclectic mix of coffee shops and high-end clothing stores. I always wonder how those stores stay in business. If you ever make there checkout to the 300+-year-old oak tree if you can’t there’s always the oak tree webcam.

Last week it was another road trip. Up I-95 to Columbia, SC. Columbia is a great town, my Dad was born just up the road in Chapin, SC. My Grandmothers side of the family started Cromer’s Peanuts back in 1935 complete with the motto “Guaranteed Worst In Town” marketing at its finest. Over the years they’ve expanded their offerings to include popcorn and concession equipment. The Columbia zoo is a great way to spend the afternoon and breakfast at The Lizard’s Thicket can’t be beaten when it comes to a true Southern breakfast. Think corned beef hash and homemade onion sausage.

From there I headed to Athens Georgia, bypassing one of my favorite BBQ spots, Shealy’s in Batesburg SC. Shealy’s is an all you can eat buffet which included a daily special…. on Friday’s its ribs in case you were wondering. My Dad and his three buddies gave their crew a name….. the ROMEO’s which stands for Retired Old Men Eating Out. These guys have been known to make the 3.5-hour drive to Shealy’s just to eat lunch. Side note they’re closed Wednesday & Sunday’s.

Athens is a true college town, I’ve spent a fair amount of time here over the last 25 years. My sister graduated from here, the best 6 years of her life.

Onto this month’s crazy travel roundup…… ORLANDO, Fla. – Orlando police say a woman forced her way into the secure area of Orlando International Airport without going through security, then struck an officer who was trying to arrest her before being subdued with a taser.

According to police, the officer found a military ID and a container with 12 grams of cannabis.

Police charged McNaughton with battery on a law enforcement officer, cannabis possession, and other charges.

Right out of the gates, it’s Thank You Florida, dammit Angela. It seems that Angela was subdued, code for stopped, with a taser. I love taser videos, it’s amazing how quickly they will subdue most everyone, and the beauty of it is that most people believe that a taser won’t stop them. Top it off with the fact that Angela was packing dope she earned the auspicious “other charges” moniker.  “Other charges”  is code for, “If I gotta fill out all this paperwork for your stupid stunt I’m going to be on a mission”.

Birmingham-Shuttlesworth International Airport (BHM) recently opened the airport’s first sensory room, a space designed for travelers with autism, sensory disorders and anxiety disorders. The inclusive space was launched as a partnership between the airport and Kulture City, a national non-profit organization based in Birmingham. The sensory room is now open and is available to any passenger who may need to use the space.

This one hits close to home, and it’s a bit of good news not crazy news. The Birmingham airport is one of my favorites, quick TSA lines and there’s a Jim’n Nicks BBQ. My wife’s career is based on servicing kids with autism and it’s refreshing to see a facility like this coming to fruition. Traveling can be stressful, and for some, it can be easy to become overwhelmed. Here’s a place where one can spend a few minutes deescalating. This Aussie pilot found his job to be so dull that he ended up drawing two penises in the sky.

On Tuesday, an unidentified captain in Perth, Australia, spelled out “I’m bored” and made two phallic shapes, according to a FlightAware map that tracked the journey.

The captain, who is a qualified instructor from Flight Training Adelaide, took off from Parafield Airport and flew north before circling back south — traveling about 415 miles in total.

In general Aussie’s are as hardcore as they come, and this guy took it to the next level. All of us have been so bored in a meeting that we’ve doodled. Normally it starts with taking a pen and tracing over the date 5 or 6 times, next we start drawing boxes and circles, and if we’re really bored we draw lines connecting those boxes and circles. This guy did the same thing, unfortunately, FlightAware picked it up and made it public. I’m a guy in this is harmless guy humor at its best a fellow passenger stripped down to his boxers) is just plain hilarious, even though I have no clue what exactly led to this.

The reason I don’t feel bad sharing this is because apparently what he did wasn’t objectively wrong, since the crew didn’t take issue with it. Is it not totally unreasonable to wear boxers on a plane? I guess is it really that different than wearing shorts without underwear?

It’s not something I’d do, but I don’t think this is as “crazy” as taking off your clothes completely, or stripping down into briefs.

While this isn’t total nudity, it is semi-nudity and involves four mini bottles of wine and a ukulele, of course it does. The Cliff Notes are a follows, man boards plane, strips down to his boxers, slams 4 mini bottles of wine and goes to sleep. This didn’t happen stateside so it’s easy to classify this as crazy, but I have a better explanation. I once worked with a fellow roadwarrior that was European and he refused to spend hours on a plane or in a car wearing his dress clothes so he would change into a pair of jeans….. I’m guessing this guy was doing the same when it comes to the ukulele, I have no idea. Terry Robinson of Spring Texas (jokingly?) explains why when he and his wife get “old and too feeble,” they will check into a Holiday Inn instead of spending their remaining years in a nursing home. According to his research, the average cost for nursing home care is around $188 per day, where as if he used his senior discount for the long-term stay at the hotel chain, he’d only have to pay $59.23 per day. He said in turn, that would leave him with $128.77 a day for food, room service, laundry, gratuities and movies.

He also pointed out that the Holiday Inn has locations all over the country, so if you get bored, you can always move to another city.

Terry, you just might be my hero. I’ve spent close to six years of my life in various hotels and I see his point. Most every hotel employee is pleasant and willing to help. I can have fresh linens and towels every day if choose and free breakfast is included. Here are a few other pluses, a fitness center, pool, free WiFi, free cable, a business center and often a shuttle to take me around town. As long as I’m not connected to one of those machines that beeps every 45 seconds this is a viable alternative, and my bankroll of hotel points just might cover the first 43 days.

That’s all we have for February, a bit clam, of course, Florida, some partial nudity and a retirement plan.

2019-03-11
Previous Post: The Evolution Of Business Travel Cont’d, A Podcast
Next Post: Hacking Your Hotel Room, A Podcast