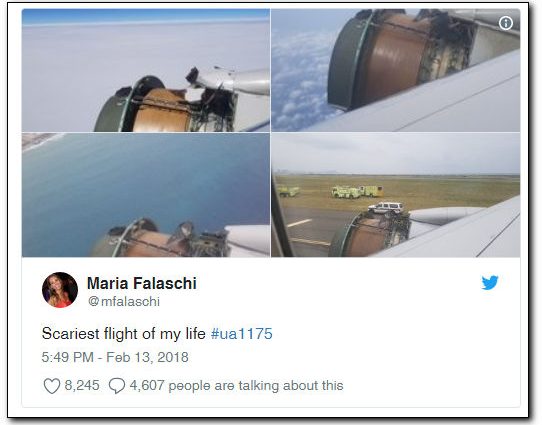 February hasn’t been the happiest of months. However, the “Crazy Travel” bin is stocked full. It seems Charlene Sarieann Harriott, attacked three crew members aboard an American Airlines flight as it approached Charlotte’s airport. The attendants first ordered her to stop, then gave chase – just as the flight was touching down.

They eventually restrained her with duct tape and zip ties in the first-class section as the plane landed, it says, but Harriott “became more aggressive and physically violent toward the flight crew.”

She bit one attendant on the right forearm, puncturing the skin and causing bleeding. LINK

Anytime duct tape and zip ties are involved, and everyone is clothed, I’m listening.

Shameless woman filmed drying knickers using aeroplane’s air vents for 20 minutes – They use the word “aeroplane”, that’s an indicator that it didn’t happen here.This one made the rounds earlier in the month. Now I’ve done my fair share of laundry on the road, but this takes the cake. Besides, I want to know what the hell happened on that flight that required her to dry her knickers. LINK

Demonic child screams and runs through an 8-hour flight from Germany to Newark – Most of my flights are under 3 hours, even to Newark. However, a screaming child during the entire flight might require evasive action. Just watch the first 60 seconds, you’ll get the idea. LINK

A passenger was taken to the hospital Wednesday after jumping from a rail at Hartsfield-Jackson Atlanta International Airport.

The incident occurred inside Concourse D of the airport, outside the Terrapin Taphouse. LINK Pilot forced to make emergency landing after fight breaks out when passenger refuses to stop FARTING – Yes you read that right! Common decency people. If you haven’t eaten many meals in an airport I can tell you that it’s not easy on the digestive tract.

The Dubai to Amsterdam flight made an unscheduled stop in Vienna as the elderly overweight man reportedly refused to contain himself in the packed out cabin.

Chaos erupted on the flight when two Dutchman who were sitting next to the flatulent man told him to stop and complained to Transavia Airlines crew.

Yet despite repeated requests and even a direct order from the pilot the man carried on and a fight broke out.

The pilot of the Dutch low-cost airline then decided to make an emergency landing at Vienna International Airport in Austria.

Officers boarded the plane with police dogs and four suspects were escorted off the plane. LINK

Man kicked off flight in Charlotte for erratic behavior – There’s good nudity and there’s bad nudity this is bad nudity. Being a male I can tell you when the shirt comes off it’s about to get serious. Yes, alcohol was involved. LINK

Panicked United Passenger Pops Chute, Uses Emergency Exit Inflatable Slide to Get Off Plane at Newark Airport: Airline – Panic attacks aren’t fun, but the thought of sliding down a planes emergency chute has to be. LINK. Forbes claims it can cost close to $25k to replace an activated chute……. damn. LINK

Naked passenger sends Alaska Airlines flight back to Anchorage – More nudity and my guess is that it was bad nudity.

Airport Police and Fire Sgt. Darcey Perry said officers responded at about 3 a.m. to Flight 146, which had taken off but returned to Ted Stevens Anchorage International Airport.

“There was a subject on the aircraft that had barricaded or locked himself in the bathroom, the lavatory,” Perry said. “Flight attendants did find that the subject was naked.” LINK Woman Crawled Into X-Ray Machine Because She Didn’t Want Her Bag Stolen – You can’t make this stuff up, and to be honest I’ve seen folks nervous when their bags are out of sight…. but seriously.

Imagine being the officer in charge of monitoring the X-ray machine.

“Yep, there’s a bag, a mobile phone, a purse, a briefcase, another mobile phone…a…a human?” I can see them thinking. LINK Passengers describe mid-air scare when engine cover rips off plane – As much as I fly you would think that I’d have a desire to do it myself…….not no but “Hell No”. My Uncle, Brother-In-Law and Father-In-Law have all flown planes, that’s enough for me.

HONOLULU (HawaiiNewsNow) –
Passengers on board a flight from San Francisco to Honolulu got quite a scare Tuesday when an engine covering apparently came off mid-flight.

“My husband and I were just praying because we had never gone through this experience,” said passenger Delia Sudiacal. “I really thought we were going to die.” LINK

Father Put Sex Toys in His Son’s Bag and Sent Him Through Airport Security – You just know this made for a fun morning.

A man from New Orleans packed a foot long sex toy and lube in his son’s carry on bag. Then he sent his son through a TSA screening checkpoint. Hijinks ensue. LINK

The shortest month of the year, but no shortage of crazy!