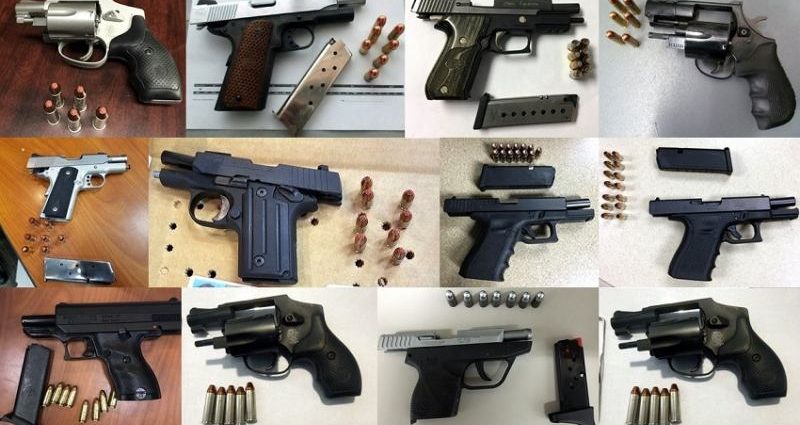 Have Gun Will Travel…. So You Think

By: Steve Frick
In: Back and Gone Again
Tagged: Airports, Guns, Rant, TSA, Uber
With: 0 Comments

What is the hell wrong with people nowadays? TSA discovered a record 96 firearms over the last week in carry-on bags around the nation. The previous record of 89 firearms was set last month. Of the 96 firearms discovered, 85 were loaded and 26 had a round chambered.

The TSA blog is always informative and the comments are always entertaining. I’ll save you some reading and tell you that none of the weapons were confiscated from terrorists. Also, they weren’t discovered using body scanners nor with their pat-down groping method.

It’s very rare that I go down the road of discussing politics, the reason I usually end up in a ditch waiting for an Uber. I believe in the 2nd amendment and I support open carry. However, I’m not at the point of digging a backyard bunker and stocking it with MRE’s and ammo.

Here’s what I don’t understand…. everything I read about guns, gun ownership or gun safety contains the word “responsibility”, which it should. So, how can you be so irresponsible as forgetting that you have a gun in your carry-on? I’m sure there are exceptions, there always is, but 96 in a week is a bit excessive. Last week I was in the Orlando (MCO) and Atlanta (ATL) airports a couple of times each. 14% of the guns found came from those two airports and 5 of the guns had chambered rounds. Yes, ATL is one of the busiest airports in the country so their number will be a bit higher, but still, 5 guns with chambered rounds……. in carry-on luggage. It seems that we really struggle when it comes to following rules. Just take a look at any TSA security area and you will find trash cans piled high with half-filled water bottles. The reason is simple, travelers decided to ignore the no liquids in excess of 3.4 ounces allowed in carry-on luggage policy. In turn, this slows the whole TSA process and makes other travelers hate you.

If you want to travel with your firearm it’s not that hard, here are the guidelines. If you decide not to follow them. you run the risk of having your firearm confiscated, paying a fine and probably missing your flight. If you’re an LEO there are guidelines for you as well.

“Don’t pack your firearms in a carry-on“, a simple sentence that will make everyone’s life a bit easier.