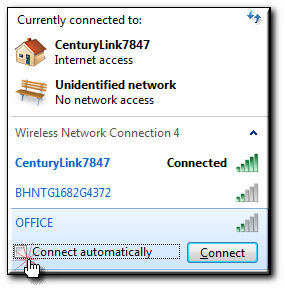 Is That Free Wifi Really Free

By: Steve Frick
In: Back and Gone Again
Tagged: Hotels, Internet, Safety, WiFi
With: 0 Comments Free WiFi is everywhere, from doctor offices to airports; it’s not that hard to stay connected. It wasn’t always that way, not long after surviving Y2K and going over our minutes on AOL (nothing like watching a picture of Gwen Stefani being loaded pixel by pixel), we used a technique known as WarDriving to find open WiFi access points.

In case you haven’t noticed, things have changed a bit. Terms like hacking, spyware and phishing are common and their consequences can be costly and time-consuming.

Every hotel offers WiFi, most free if you’re a member of their loyalty program so sign up, but before you click “CONNECT” follow a few guidelines. This whole post was prompted by a single headline, “FBI director says tape is the best way to defeat webcam hacks“.

FBI director James Comey revealed during the Center for Strategic and International Studies conference that he knew he was mocked for admitting that he tapes over his webcam. But that didn’t stop him from recommending that other people do the same. “There’s some sensible things you should be doing, and that’s one of them,” he said at the event. He likened it to locking cars and doors at night, as well as setting up alarm systems for your own safety and security. He added: “You go into any government office and we all have the little camera things that sit on top of the screen. They all have a little lid that closes down on them. You do that so that people who don’t have authority don’t look at you. I think that’s a good thing.”

For years, the running joke in my department has been that our sales staff covers their webcams with PostIt notes to keep from being spied on, apparently the jokes on us nerds.