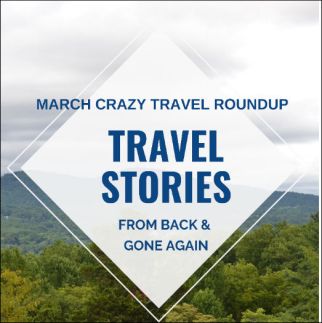 Last week was a fairly easy travel week. It involved a single trip and a single destination, Westlake, Ohio. I normally have no idea what model plane I’m flying on, and normally don’t care. As I took my seat in Row 9, that’s one of the rows where they begin serving snacks first, I saw that the safety brochure was proudly displaying the 737-800 and the 737 MAX8….. what.

This was my second trip into the area in the last 9 months. I give the Westlake Hampton Inn a solid 5 stars. Quiet hallways, updated rooms, on demand hot chocolate and a better than average Hampton Breakfast.

Two new food stops….. the first was Burntwood Tavern at Crocker Park. Crocker Park is this 1,000,00 sq. foot area of retail shopping, dining, and hotels.  Burntwood Tavern offered just what you need in a local hangout. A great food selection paired with a great local beer selection. On the recommendation of our waiter, I ordered the Fish Sandwich. All I could think as I waited was one of those McDonald’s McFish disasters. When it arrived I was speechless at the size of this “McSlab O’ Fish”, slightly huge, so you’ll need a knife to cut it down to size and don’t skimp on the jalapeno tartar sauce it was amazing. The local beer was Citramax IPA from Market Garden Brewery, which was a solid beer. Are you jealous? If so, there is a Burntwood Tavern located off of Dr. Phillips Blvd in Orlando, FL.

The second-night dinner was at The Cabin Club Steakhouse. If you are in Westlake Ohio, this is worth the trip! This is a historic timber-framed log cabin, once a private hunting lodge, that dates back to World War II. Here’s what I went with, and if you do the same you won’t be disappointed. Start your experience with a draft of Sibling Revelry IPA a 4-star IPA and some of their Blackened Scallops. I went with a very simple meal, a bowl of Lobster Bisque which was smooth, creamy and perfectly seasoned, mixed with plenty of lobster meat. The main course was as classic as it gets…. a 7 oz. fillet mignon cooked medium. One of the best steaks I’ve ever eaten, do yourself a favor and stop in.

Now some use a groundhog a predictor of winter weather, in Cleveland, they signify the end of winter by reinstalling the speed bumps in the office parks.  “Why are they reinstalled?” this Florida Boy asked….. because the snow plows will destroy them if they’re left in…. and now this Florida Boy has an answer. The Transportation and Security Administration says the unassembled parts of the launcher and a replica grenade were found on Monday when an alarm went off as the bag passed through security equipment at Lehigh Valley International Airport in Allentown, about 60 miles north of Philadelphia.

The man, from St. Augustine, was stopped by police and told officials he thought he could bring the non-functioning launcher onboard in a checked bag.

The items were confiscated and he was able to catch his flight to Orlando.

Right out of the gate it’s “Thank You Florida”. How could anyone honestly believe that it’s perfectly acceptable to check luggage with a non-functioning rocket-propelled grenade launcher inside? Oh, wait he’s from Florida. Thankfully he made it back to Florida because we don’t want to share our Flor-idiots with the rest of the country. A Russian passenger was arrested in Bali trying to leave the country with a drugged orangutan in his luggage. He was stopped at security on Friday night where the two year old male was found inside a rattan basket.
You know the movie plot where a key character appears to be dead and is smuggled out of danger in a casket, only to be revived by the ‘antidote’ to a strange drug cocktail at a key moment later in the film?

The man was carrying “injections and drugs in his bag” that he said he intended to use on the orangutan during a connection in Seoul.

Honestly, I was a bit surprised that this didn’t happen in Florida. Two things come to mind with this story. The first was years ago long before the interwebs there was a 911 tape that went viral. It seems a man hit a deer on a country road. Believing he killed the deer and not wanting to let all that pristine venison go to waste he tossed the lifeless deer carcass in the back seat of his 1988 Dodge Deer Destroyer. A short time later the deer miraculously came back to life and began biting the man’s neck while simultaneously shredding the car’s interior with his hooves. The second was from Talladega Nights when Ricky Bobby’s son, Texas Ranger, screamed Chip, I’m gonna come at you like a spider monkey!. I can only hope the Russian’s name was Chip. A woman flying from Saudi Arabia to Malaysia over the weekend insisted the plane turn back mid-flight when she realized she had forgotten something important at the airport: her baby.

Following protocol, the pilot had to first get permission from an air traffic controller before making an about-face.

According to IBT, in an audio recording you can hear the pilot say, “May God be with us. Can we come back or what?” Antonis Mavropoulos did everything he could to catch his connection, Ethiopian Airlines Flight 302: He didn’t bring a suitcase. He was the first passenger off his plane. And when he got to the airport in Ethiopia, he ran.

He didn’t make it. A few hours later, he learned that what he thought was his misfortune was, in fact, the kind of spectacular good luck that can make you spend the rest of your life wondering about fate and chance.

Shortly after takeoff on Sunday, Flight 302 crashed en route to Nairobi, Kenya, killing all 149 passengers and eight crew members on board. Mr. Mavropoulos would have been the 150th passenger, window seat 2L.

Antonis not only fell out of the lucky tree but he hit every branch on the way down and landed in the lucky dirt. Plus he has an amazing story to tell at the next church pot-luck dinner.

In Russia, a naked passenger has been arrested for stripping down in preparation for his flight. The 38-year-old man was captured in the buff at Moscow’s Domodedovo Airport, videotaped by fellow passengers.

Queueing for the Ural Airlines flight in nothing but his birthday suit, a chase ensued when airport police pursued the man onto the air bridge, reported the The Moscow Times. Fellow passengers seemed either oblivious or undisturbed to the man’s lack of clothes.
The police were less relaxed about his public nudity. Talking to REN TV, one of those waiting for the plane said: “He shouted that he was naked because clothing impairs the aerodynamics of the body. He flies with more agility when undressed.”

In Russia passenger more aerodynamic then airplane when they’re naked. We’ve reviewed good and bad nudity in the past, in case you forgot this was bad nudity. At first, when I saw this video it was if one of my nightmares had come to life….. naked at the airport. And why do naked men find it necessary to run?

A passenger peed on another’s luggage during a flight from Chicago to Charlotte, according to a Charlotte-Mecklenburg Police Department report.

In a statement late Friday to The Charlotte Observer, airline officials said that “due to an intoxicated passenger, American Airlines requested law enforcement meet flight 1344 once it arrived in Charlotte at 12:52 a.m. on Thursday.”

The statement did not divulge further details about the incident, saying only that police would have to be contacted “for any additional details regarding criminal charges.”

First, my Mom would be appalled that people use the word “peed” instead of the “urinated”… thank you, Mrs. Cleaver. Whenever you read “The statement did not divulge further details about the incident” that is code for “We have no logical explanation why this happened”. Of course, booze was involved, that’s all the statement needs to say, “booze was involved”.

2019-04-11
Previous Post: Off The Eaten Path Tennessee, A Podcast
Next Post: How Not To Die On Vacation, A Podcast