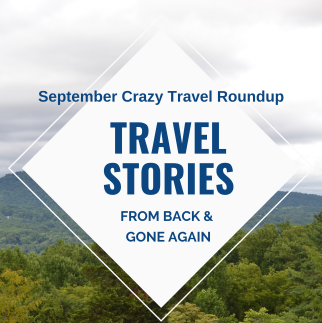 Chicago Sam’s Sport’s Bar & Grill in Enfield, CT – Philly Cheesesteak and fries, a bit dead around lunchtime, but with the amount of TV’s in there it’s gotta be packed at night. An American Airlines jet made an unscheduled landing Friday after a passenger lit up a joint and got super aggro.

We’re told the plane was going from Phoenix to Minneapolis, but an hour into the flight the pilot went on the intercom and said they had to make an emergency landing in Denver because of “a security issue in the back.”

The passengers were a little freaked out, trying to figure out what was going on. The buzz in the cabin was that someone in the back said he was telling everyone around him, he was on cocaine. That’s when the guy with dreads in the video ran to the back of the plane into the bathroom and locked the door.

I’ve said it time and time again, the issue with people that smoke marijuana is that smoking marijuana becomes their life goal. Hang around enough hardcore dope users and eventually, you’ll hear something like “I bet I could hollow out this pizza crust and use it as a pipe!” A flight from Phoenix to Minneapolis is 2 .5 hours at most and this guy couldn’t wait. Dude get your “S” together. Do You Applaud When Your Flight Lands? – Lifehacker

In case you’ve missed it, it’s currently Jerk Week over at Lifehacker HQ, which means we’ve been telling you how to deal with jerks all week long—but what happens if you might be the jerk? Sometimes, it’s not exactly clear who the culprit is.

The only reason I posted this is that I like Lifehacker. If you applaud when your flight lands, you are a jerk…. enough said. Passengers on a recent American Airlines flight were likely left cringing after a woman’s foot blister popped during the flight, in a medical mishap that reportedly splashed blood onto two people, a book, the plane cabin’s walls and a window.

“Bloody mess on my flight to Miami. Woman in aisle seat has blister on her foot pop. Blood splatters across aisle, including on the two guys in front of me, one of their books, and the window,” Slater said. “Flight attendant says @MiamiDadeFire will have to meet flight.”

First, thank you Florida. Second, what is it about airplanes that have people wanting to take their shoes off? Search Passenger Shaming and you’ll see picture after picture of bare feet. I for one am not freaked out from bare feet but for some, it’s their kryptonite. We seem to be fascinated with pimple, blackhead and blister popping, however, that doesn’t mean we wish to be an unwilling participant. A French Worker Died After Sex on a Business Trip. His Company Is Liable. – NY Times

A court in France has ruled that a man who died from a heart attack after having sex during a business trip had suffered a work-related accident and that his employer was liable.

The man, who was identified in court documents only as Xavier, traveled in 2013 to the Loiret region in central France as a security technician for the rail engineering company TSO. After work one night, he had sex with a woman at her house before returning to his hotel. He later died from a heart attack said to have been linked to the encounter.

I’ve heard this from many road warriors, “I don’t want to get caught in bed with either a dead girl or a live boy”, apologies to Edwin Edwards. This does bring up a valid point for the road warrior where is the line between business time and personal time. Having sex after lunch at the office is a great way to have an impromptu meeting with human resources. What about sexy time on a Tuesday night while at the Hilton in Buffalo, New York? At 1AM last Sunday two men were enjoying a ride in their Amish buggy with a banging stereo and enjoying a 12-pack of Michelob Ultra when the cops showed up! Rather than discuss their apparently aberrant behavior with representatives of local law enforcement, the two revel-seeking reportedly Amish gents took to the woods! Leaving their horse, beer and stereo laden buggy ambling on down the road.

The men were drinking a 12-pack of Michelob Ultra that was settled atop the buggy while blasting music and riding through North Bloomfield, Ohio, deputies said. There were several open bottles in the buggy.

What goes clip-clop clip-clop bang bang clip-clop clip-clop? An Amish drive-by. A 12-pack of Mich-Ultra, talk about testing the water with your toe before jumping in. Maybe the place they bought it from thought they were going to use it to water their crops. A real-life Weird Al Amish Paradise. This Chinese woman was stopped in Beijing for having a bottle of Cognac in her carry-on. What else could she do but pound the entire bottle on the spot? But then, of course, she wasn’t feeling so good.

When Zhao, a woman who appeared to be in her forties, arrived at Beijing Capital International Airport for a noon flight transfer to Wenzhou, she was stopped at the security checkpoint for trying to bring an entire bottle of Rémy Martin XO Excellence, valued at roughly US $200, through in her carry-on baggage. No big deal, right? But a bit of a dilemma.

My hats off to you Zhao, Remy Martin XO Excellence bottle drainer. I’ve heard of people on cruises draining bottles of booze fight before hitting port in order to avoid customs charges, but seriously. I know a lot of professional drinkers, but none of them are shooting Cognac.

When there’s an empty seat on a plane you like better than yours, can you switch? Different airlines take different approaches, and for the ones that say ‘no’ that’s a relatively recent change. It’s no surprise customers are confused.

Airline seats are sacrad grounds, and when I fly Southwest seat 9C is my holy place. Row 9 is where they start serving snacks and the other reason is that sitting in row 9 you have the best chance of having an empty middle seat. The reason is simple the first 8 rows will fill up quickly so next people start heading towards the back of the plane looking for two seats together. As those seats quickly disappear there will be nothing left but middle seats and by the time people make back towards row 9 they will have taken one of those remaining middle seats. Besides wasn’t it United Airlines that had a Kentucky doctor dragged off a flight last year for not giving up his seat? I’ll handle my morality United Airlines The Surprising Amount of Money Left Behind with TSA – Peter Greenberg

Every time travelers are told to empty all their pockets before going through security, that doesn’t necessarily mean they remember to put everything back when they clear security — and in particular — they are leaving behind money.

$1 million shekels….. damn. Mom was right, a penny saved can become $1 million dollars. So where does that money go? Employee profit-sharing, a giant Christmas party how about more pens so they can mark-up your boarding pass? No, No, No…… it goes for additional training. Women were lining up for the lavatory for about ten minutes, and no one was coming out. That’s usually when you hope a flight attendant will put some coffee grounds in there between uses. A flight attendant notices the line, saying to one of the women “you’re still right here” as no one has moved.

When the lavatory door opens a man appears and then “[j]ust a few seconds later, a woman in a matching red jumper also walks out from the cramped room, apparently having just joined the Mile High Club.”