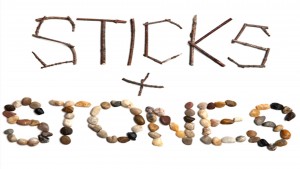 Social Media, Is The Review Is Mightier Than The Sword?

According to his Wikipedia page, so take this with a grain of salt, his pranks have included.

Yesterday Chris Matyszczyk at INC posted, “This 5-Star Hotel Just Ruined Its Online Reputation By Getting the Police to Help Kick Out a Guest (He’s Famous)“. It seems that hotel management figured out who Vitaly was after he had checked in. The Boca Raton Resort then had the cops remove Vitaly and his girlfriend from the property. Their fear was becoming the backdrop for one of his pranks.

Here’s the video, shot on a cellphone since Vitaly wasn’t equipped with his normal camera gear. NSFW – strong language….. I’m such an adult.

If you make it through all 9 minutes you can see that Vitaly remained calm, no meltdown, no resistance. He had no reason to, he had struck video gold, and he knew it. The hotel gave him a late Christmas gift…… 500,000 views of his video in under 24 hours. As the video unfolds, Vitaly puts his plan of revenge in action. He asks his 9.4 million YouTube subscribers to call the hotel, even posting the hotels number in the video. He also asks for bad Yelp reviews to be posted. His followers obliged and the Boca Raton Resort, The Waldorf Astoria Collection now has a Yelp rating of 1.5 stars. People even took the time to create a Yelp account just to blast the resort. There are 930 posted reviews with 4600 additional reviews that aren’t currently recommended. Growing up the phrase “sticks and stones may break my bones, but words will never hurt me” was heard and for the most was true, but that was before social media.

Should we be concerned about the resorts effected Yelp rating? Not for this business, with rooms starting at $450.00 per night their target audience isn’t checking Yelp before they book a room. Yet, we have a 2-week old pizza restaurant in our neighborhood and they’ve been roasted in our Nextdoor app as they’ve been working to get everything up to speed. For them, a pile-on from someone like a Vitaly could be devastating.

Was the hotel correct in what they did? You bet. If your claim to fame is producing Zombie and Russian hitman videos you’ve got to realize stuff like getting kicked out of a hotel comes with the territory. I’m willing to bet that the resorts legal staff “greenlighted” the removal long before the police were called. I’m not a lawyer, but my guess is that there’s some law that states, “your rules, your property”, but also contains words like race, color, religion, creed, sex, sexual orientation, gender identity, national origin, ancestry, age, veteran status in it.

So who came out on top? Vitaly, but not by much. People like me now know about him. I’m sure he got new followers and then there are all those video views, that’s what really counts. The resort got some free publicity, which is always good. Believe me, there are plenty of “monied” people that will now book there because the hotel stood their ground. Monied people love doing stuff like that.

You never know Vitaly may have orchestrated this whole fiasco, knowing the hotel would ask him to leave and he would be there to film it all, first person. Ah, to be internet-famous.