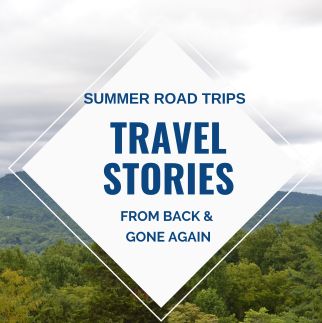 The last few weeks travel was very mundane, a two day trip to Sarasota, FL and then this past week it was back to New Jersey. And yes my trip from the Newark airport to the hotel took me one again on a different route…. thank you Google Maps.

The only food stop worth mentioning was Fuzzy’s Taco Shop, I’m a sucker for corn-wrapped goodness. I had the combo plate, chicken taco, chicken enchilada, with a side of rice and beans… $8.00. Me being the total mallet-head that I am ordered the Coronarita special. I’ve talked about the mysterious Coronarita before and how I’ve always considered it a “hack” drink similar to green beer on St. Patricks Day. That was until I downed a few at Taqueria Mexico in Mobile Alabama. So the Coronarita Special was special….. special spicy. The margarita was infested, yes infested, with fresh jalapenos and the glass was rimmed with spicy bloody mary mixed salt. I did manage to leave with some local brew from Big Top Brewing. It was their Hawaiian Lion Coconut & Coffee Porter. With a 7.5% ABV this is a heavy beer but you could easily distinguish the taste of both the coconut and the coffee. The brewery is located just off I-75 and the Fruitville Road exit.

I’ve broken one of my travel rules twice in the last 30-days. That rule is the airline loyalty rule,  I flew United instead of Southwest. First, it was cheaper and second is that Southwest has canceled their direct Orlando to Newark route. One bright spot is that United flies out of an updated terminal at Newark. The Southwest terminal is dated, few seats and marginal food selection. The United terminal is as modern as it gets. Every table is equipped with a tablet for food ordering and outlets to recharge your laptop and phone. Your restaurant choices are varied, from the punk-themed CBGB’s to Wanderlust Burger Bar most fill find something. There are a few downsides if you’re a germ-a-phobe the publicly placed, iPads used for ordering might be a bit offputting and not every establishment accepts cash. If you’re technically challenged the ordering system might be a bit kludgy. You place your order on a tablet, which includes entering your phone number…. and don’t tell me that someone’s not harvesting those area code locations,  then a printer prints your receipt which you take to a self-checkout station scan your receipt, slide your credit card and wait for a text message letting you know your meal is ready.

As the youngest resident of Chateau’ Relaxo prepares for High School graduation the thoughts of a summer road trip begin to creep in. Last summer it was across the state of Virginia ( Part 1 Part 2). The year before that it was a 1200 mile adventure up through Tennessee as we dropped our used books off at various Little Free Libraries.  Not sure where this summers adventures will lead us but there are a handful things that need to be in place for a successful road trip.

First, you need a solid sled and I don’t mean solid as in Uncle Buck’s 1977 Mercury Marquis. I mean mechanically solid, including functioning AC. Comfort is a must, Chateau’ Relaxo rolls in two main rides, a 2010 Bentley Continental Supersports and my 2018 Range Rover Sport. Ha, honestly a couple of Jeep SUV’s and the recent addition of A Ford “Don’t stop believing, Journey” Escape checks all those “solid sled” boxes. Do all the normal maintenance that your Dad told you about…… tires, fluids and you should be ready to roll.

Next is an appropriate selection of music. Don’t rely on terrestrial radio as coverage will be spotty, consider turning your phone into a mobile jukebox. Most apps, like Spotify or iTunes, will allow you to easily build your own playlist.

We also need some appropriate snacks, and this can get tricky. You have to find a balance between eating, controlling the car and not getting food all over yourself. I for one won’t eat tacos while driving, too damn messy, the same thing with a Publix sub. Often times a gas station is the best place to stock up on snacks, look for a Pilot or Flying J as then sell most everything snackable on the planet.

*** Disclaimer *** Provided you’re not gluten or lactose intolerant, equipped with a nut allergy, been blessed with high blood pressure and/or diabetes and have decided to go vegan the foods below should sustain you till you get to your destination.

First on the list is Beef Jerky and Slim Jims, actually make that any processed meat product wrapped in plastic that doesn’t need refrigeration.

Positives – High in protein, easy to eat and little or no mess.

Negatives – High in salt and the smell might offend passengers, which might be a good thing depending on who is riding with you. Beef jerky can be a tad expensive when purchased in a gas station. Most every gas station will have a rack filled full of Little Debbie snacks. Oatmeal pies to cosmic brownies, there’s a snack for everybody. My favorite, the Nutty Buddy or anything from their Zebra collection.

Positives – As tasty as it gets, inexpensive, easy to hold and almost never expires. Don’t forget their seasonal offerings such as Fall Party Cakes.

Negatives – Loaded with sugar and not the most filling, so if you happen to eat four or five keep an eye on that calorie count. Roller food, those tasty cylindrical tubes of nutrition. Looking to snack on an egg roll, tamale, hotdog or taquito while driving 75 MPH? If so, then grab those tongs and pluck a few of these rolling beauties.

Positives – Cheap, usually $1.00 plus they taste good and are relatively filling. Where else can you eat food from three different ethnicities all in a single stop?

Negatives – Be careful if you load any these items up with salsa. ketchup or mustard, it’s very easy to end up with a goopy mess in your lap. Stay away from any item that’s not rolling, a sure sign that the bottom is more than likely over-cooked.

Let’s talk about packing. Since you’ll be in a car it’s really easy to overpack, resist the urge. You’ll never know what you’ll come across and you’ve got to have room to bring it back. In the case of our Little Free Library road trip, the car got progressively emptier at each stop.

Here are a few things to consider when packing for a summer road trip. Sunscreen, a summer road trip isn’t about sitting in the car. Hat and sunglasses, self-explanatory. A packable raincoat with a hood. Umbrellas are for rubes, spent $100 and buy a North Face raincoat. Its lightweight has a hood and rolls up to store in one of the zippered pockets.

Last on the agenda is, “How to decide where to go”. Much of this depends on where you are starting from. When we lived in South Florida it took almost 7 hours just to get out of the state. Do you plan to fly close to your destination and then rent a car for the road trip?

There are endless sources of inspiration. Southern Living routinely posts articles on road trips. Looking for something in the middle of the country? Then check out 303 Magazine’s suggestions.

For last years Virginia road trip flying into Richmond made sense geographically and financially since we would be flying on Southwest airlines using points and their companion pass for my wife. We wanted to visit Jefferson’s Monticello, hike on the Appalachian Trail and also see colonial Williamsburg.

On a map, these destinations formed almost a complete loop coming back to Richmond. From there it was a combination of Google and Yelp. What to do near Charlottesville? Which resulted in several wineries, two of which were Dave Matthews & Trump Winery. When I searched for things to do around Shenandoah National Park? It came back with the Luray Caverns. As for Williamsburg, we wanted to make sure we hit the highpoints, so another Google search. We knew that we didn’t want to drive more than four hours so we booked hotels accordingly. Here’s a tip, as adventurous as it sounds rolling into a town and then looking for a hotel is a giant cup of suck. Always have your hotel rooms booked.

You also have to have an adventurous mind. Leaving Charlottesville I used Yelp to search for breweries close by….. this led us to Devils Backbone Basecamp Brewpub. On our way to Shenandoah and the trail, we found ourselves in Staunton VA. That’s where visited the Woodrow Wilson Presidential Library & Museum. Plus we passed a giant watering can on the way out of town. Those unscheduled stops are what makes a road trip.

The same thing happened leaving the Luray Caverns. Just down the road, we came across Cooter’s place a tribute and store celebrating the Dukes Of Hazard TV show. Owned and operated by none other than Cooter himself, Ben Jones. When we made to Williamsburg we used Yelp to locate nearby antique shops. This was a win because we ended up with a small piece of art that completed our music wall in the office. Here’s another tip, if you find yourself picking up little trinkets along the way and you don’t feel like packing them back home. Go to the post office  and for less than $20.00 you can get a box that you can cram full, and use your dirty clothes as packing material to keep things from breaking.

I’ve  posted about Google Trips in the past and I’m beginning to see some value in it. They now offer the ability to save places so you can use it to jog your memory. There is also a Need To Know section which has information on the local hospitals, as well as guidelines for tipping hotel staff etc

With just an evening or two of planning you can put together a memorable road trip.

When we road trip we try to avoid chain restaurants and eat local. We try to eat something we’ve never had before. Talk to the hotel staff, the people at the gas station they won’t steer you wrong.

See a billboard for the rattlesnake roundup get off the interstate and check it out. We’ve come across so much cool stuff by doing just that

2019-04-29
Previous Post: How Not To Die On Vacation, A Podcast
Next Post: Surviving Las Vegas, A Podcast