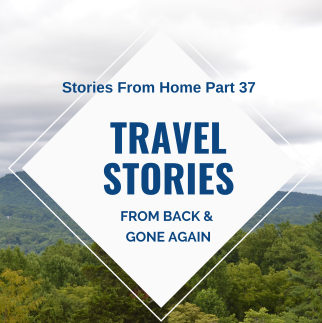 The JetPack is back, again, but a different viewpoint. We’ve discussed at least two incidents where pilots reported seeing a person strapped to a JetPack at 6000 feet around LAX.

BoingBoing – Jetpack maker doubts reports of jetpack flyer near LAX because no one told him they were going to illegally fly one there David Mayman, chief executive of the Los Angeles-based Jetpack Aviation, said Thursday that he doesn’t believe what the pilots and crew members are seeing are indeed jetpacks. Pilots have one or two medical checks each year, and I’m guessing that an eye chart is involved in at least one of those sessions.

Mayman’s company, which was established in 2016, has produced five jetpacks, he said, noting that all of them are under “lock and key.” Only two people have those keys — Mayman and his chief engineer — and none of the packs have been sold, he said.

I grew in the age of the Rockford Files and Columbo I know that the last statement narrows the field of suspects to two. Stay tuned this isn’t over yet.

Just graduated from college? Miss it? Looking for something to do? How about a contest?

The winner of the Natural Flight contest will receive a “Flight to Nowhere” with up to three guests, consisting of three hours of flight time on a private jet—taking off from and returning to the same airport. The jet includes TVs, gaming systems, food, and Natty Light beer.

One of the things we’ve recently gotten back into is Geocaching.

There have been no known cases of Covid-19 transmission on US airlines. Sure US contact tracing isn’t very good. But even internationally and across the whole world there are only a few flights where the spread is believed to have occurred despite around a billion people traveling so far this year.

Hotels too seem to be safe. There haven’t been documented cases of the spread between rooms either in hotels or office buildings.

The article goes on to say

Office spread has occurred where there is an open floor plan. But the virus doesn’t seem to spread through HVAC systems though this is admittedly tentative. It doesn’t travel through walls, either. A lingering question from our recent Q&A episode

Can I drink my own booze on a flight? Thank Mr. Cirrhosis

From the “I’m a baller, or at least my legal counsel is” department – Passenger Books Private Jet When Flight Is Oversold, His Lawyer Sends Airline The Bill

From View From the Wing here are the bullet points

Where do I sign up for this program? Morgan & Morgan

They say you get what you pay for, and often it’s true, but spending $12.00 on an AARP membership can pay back more especially with travel.

You can book travel through the AARP portal, check the prices. Safety announcement – Raise Window Shades For Takeoff and Landing – Why? Thought it prevented your eyes from having to adjust between the interior of the place and the outside be it a night flight – duh

In an emergency having the shades up during takeoff and landing enables the crew (and passengers) to observe whether it’s safer to evacuate from one side of the plane rather than the other.

Don’t Inflate Your Life Jacket Inside the Plane

Not able to fit through an exit door? No

If the cabin is flooded and you’ve inflated your life jacket, you’re at risk of being lifted towards the ceiling of the plane.

Unlock Your Seat Belt By Lifting Up On the Buckle

Of course, why remind me? Your car seat belt buckle operates by pushing down on it.

Advantages of working from home….. We should all be pros by now.

Food at home vs food at the office

If you’re still struggling with working from home…..