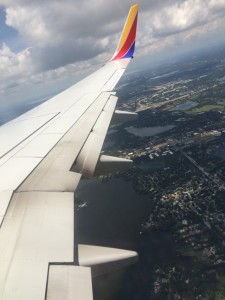 By: Steve Frick
In: Back and Gone Again
Tagged: Beer, Food, Travel, Untappd, Yelp
With: 0 Comments According to Urban Dictionary, my favorite site for fact checking, a Road Warrior is as follows….  “This is a self-described term used by corporate lackeys that spends a lot of time on the road (via automobiles), living in motels and eating in restaurants and diners. Many use this term to glamorize, romanticize and/or rationalize their lonely profession, sometimes to impress lot lizards and other prostitutes that frequent the world of the itinerant traveler.” If you scroll down the page it heads off  in a NSFW direction, aka stuff that never really happens.

I’ve spent the better part of the last 16 years traveling the Southeast, at times by car, 22,000 miles on my new sled since February and at other times by plane, 34 flights since January. The last time I looked I’ve spent over 1000 nights in hotels, while continuing to make a mortgage payment.

Most road warriors are cut from a similar cloth:

I’m a foodie, check the Yelp widget to the right. I’ve had more than my share of “Formal Meals”, lots of silverware, polite people and delicious food, but not much more than to write home about. I want to eat with the locals, I want the grease from my French Fries turning the brown paper bag they’re served in translucent and I want Tripa Tacos when I’m in Mobile, AL.

I’m a beer guy, without the hipster beard or flannel shirt. I enjoy local breweries, from a fruit/coffee infused IPA, to a salt water ale I’m willing to try it. Check me out on Untappd.

In June of 2016 I relocated to Orlando from Fort Lauderdale. Being based out of Orlando provides me more direct flights, some new restaurants and many new local breweries.

Moving forward I plan to share with you some hidden destinations, a few helpful travel tips and many places to fill your belly.

2016-08-29
Previous Post: Biting my tongue in the midst of election season
Next Post: 4 Travel Kits That Everyone Should Be Packing