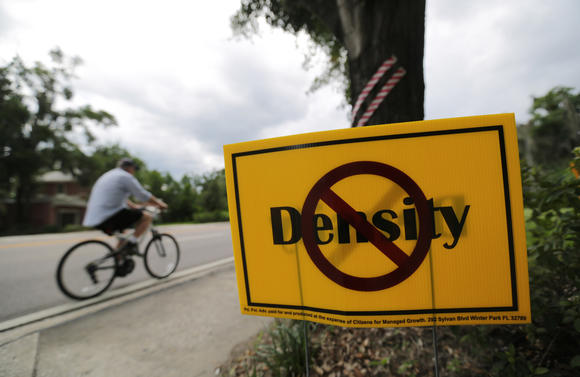 When talking about density in Winter Park, the city and the residents need to have “common sense” in the type of projects and the density of the projects to be built. As a new resident of Winter Park, that has a lot of respect for the citizens that have lived in the city for many years, I understand that they must be doing something right so they should not be written off when they express their concerns over the way that city grows.

So what is “Common Sense” when it comes to density in Winter Park? Common Sense is the understanding that the city is very mature in the infrastructure of the roads, buildings, and parks that make up the city with many of the roads tight and narrow. Building high-density apartments similar to the ones being built around Winter Park Village are going to put more cars on the roads and cause traffic problems on roads that were never intended for that type of density. Building just about anything in Central Park will begin to chip away at the great asset that the city has but I think that building a new library in the west meadow area makes a lot of sense. Wouldn’t it be nice to check out a book at the library and go read it on a bench in the park?